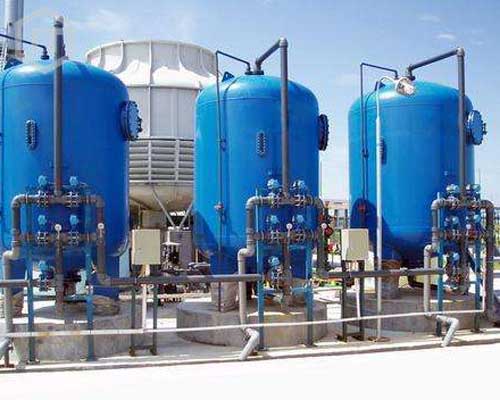 The main component of the alkaline detergent used to clean the boiler is trisodium phosphate. Sometimes also add appropriate amount of sodium hydroxide and sodium iodide, but the alkalinity should generally not be too strong. In order to increase the degreasing effect, it is appropriate to add a low-foam surfactant wetting agent such as OP-15(burnt phenol polyoxyethylene ether).

The Function of Alkaline Boiler Cleaner

Remove greasy water-repellent substances from dirt. The grease brought in during the manufacturing and storage of the newly installed steel furnace should be washed with lye before use. This process is called an alkali boiler, which uses the saponification of alkali to remove the grease. It can transform the calcium sulfate and calcium silicate, which are difficult to dissolve in acid into substances soluble in acid, so as to be removed in the subsequent pickling process. It can make the dirt loose and easy to be removed. During the alkali treatment process, the dirt undergoes chemical conversion can be converted from a hard and firm dense state to a loose state, which can be easily removed. However, alkaline cleaning is not a necessary step for each steel furnace cleaning. If the steel furnace dirt is easily dissolved by acid, the surface can be adjusted to a humidity state or acid pickling can be performed without alkaline cleaning. But for hard iron or silicon-containing scale, alkaline cleaning is often indispensable.

Hydrochloric acid is the most commonly used acid for cleaning steel furnaces, and it has several outstanding advantages compared to other acid cleaners. Strong scale dissolving ability, each 1kg of 5% hydrochloric acid can dissolve 39.6g of iron scale (Fe304), which is 5 times that of 1kg 3% ammonium citrate, and 40 times that of 1kg 3% phosphoric acid. 1L5% hydrochloric acid can dissolve 70g of calcium carbonate scale, which is also unattainable by other inorganic acids. Moreover, the salts produced by the reaction are easily soluble in water, and there is no problem that the formation of insoluble salts affects the cleaning effect. The disadvantage of hydrochloric acid is that it will cause small hole corrosion of stainless steel equipment, so it is not suitable for cleaning stainless steel substrate boilers.

Nitric acid is a good pickling agent, nitrate is easily soluble in water and nitric acid has a passivating effect on steel, no corrosion to stainless steel, and brittle effect. Therefore, it is commonly used as an acid-soluble descaling agent when hydrochloric acid is not suitable.

Acetic acid is a weak organic acid, suitable for cleaning equipment that has been severely corroded, especially intergranular corrosion. Acetate is easily soluble in water which won’t affect cleaning due to the formation of insoluble salts.

Glycolic acid is a good organic weak acid dissolving agent. The hydroxyl contained makes it more acidic and cleaner than acetic acid, and has no tendency to produce brittle corrosion. It can prevent the development of intergranular corrosion.