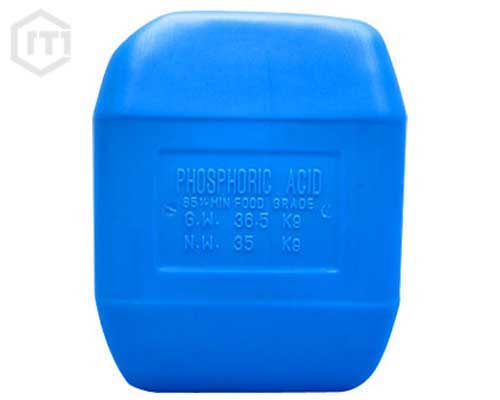 Package of Phosphoric Acid for Sale in Chemate

What Is Phosphoric Acid Used For

Food grade phosphoric acid is generally produced by thermal method with no impurities affecting food safety, which should be in accordance with food safety standards. As one of the common used food additives, phosphoric acid food grade can be used in a variety of food processing for different functions. 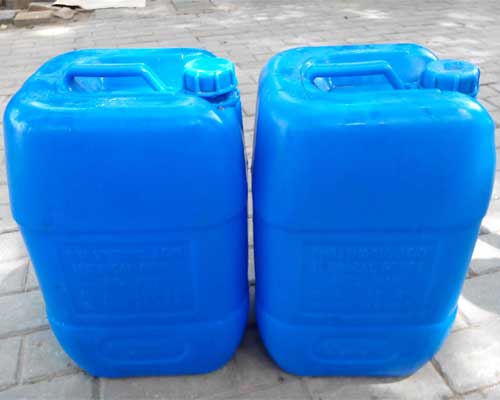 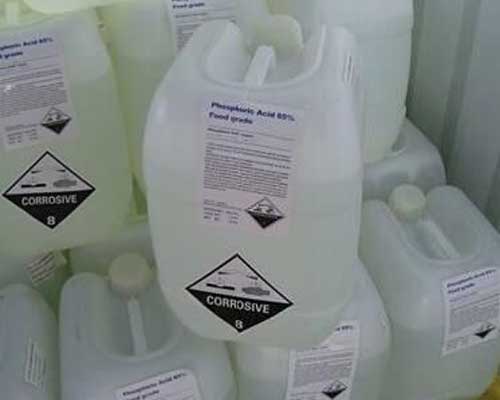 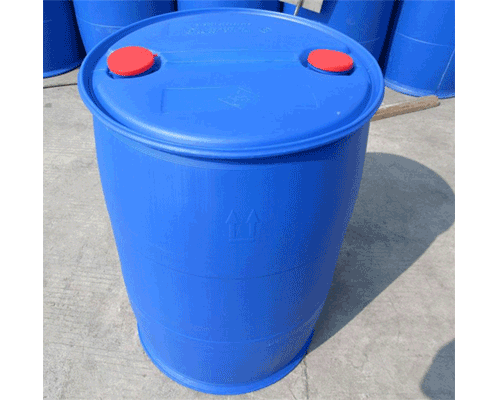 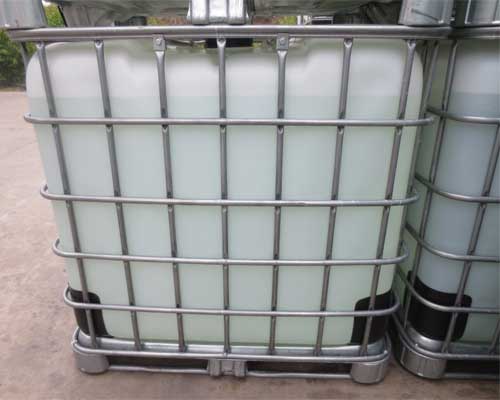 Know More About Phosphoric Acid for Sale in Chemate

What Are the Properties of Phosphoric Acid

It is odorless, can absorb moisture from air and is easily soluble in water and ethanol. When dissolved, it can give off a lot of heat. Phosphoric acid for sale in the market is non-toxic, corrosive and can corrode quartz. It is a nonvolatile acid without oxidation.Orthophosphoric acid is a phosphoric acid composed of single phosphorus-oxygen tetrahedron. In the phosphoric acid molecule, the P atom is sp3 hybridized, three hybrid orbitals form three sigma bonds with the oxygen atom, and the other P-O bond is composed of a sigma bond from phosphorus to oxygen and two from oxygen to phosphorus consists of d-pπ bonds. The σ-bonding bond is formed by the coordination of a pair of lone pairs of electrons on a phosphorus atom to an empty orbital of an oxygen atom. The d←p bond is formed by overlapping two pairs of lone pairs of electrons in the py and pz orbitals of the oxygen atom and the dxz and dyz orbits of the phosphorus atom. Since the 3d energy level of the phosphorus atom is much higher than the 2p energy level of the oxygen atom, the molecular orbital of the composition is not very effective, so the P-O bond is a triple bond in terms of number. But from the perspective of bond energy and bond length, it is between single and double bonds. There are hydrogen bonds in pure H3PO4 and its crystalline hydrates, which may be the reason why the concentrated phosphoric acid solution is thick.

Phosphoric acid is ternary medium-strong acid, which can be ionized in three steps. It is not easy to volatilize, not easy to decompose. It also has a certain degree of oxidation, as well as the general property of acid.
Concentrated phosphoric acid can co-heated with sodium chloride to generate hydrogen chloride gas. It is called high boiling acid made to boiling acid. The principle is to produce volatile acid from volatile acid.
Phosphate ions have strong coordination ability, which can form soluble complexes with many metal ions. For example, Fe3 + and PO43- can form colorless soluble complexes [Fe (PO4) 2] 3- and [Fe (HPO4) 2]-. Using this property, PO43- is commonly used to masking Fe3 + ions in analytical chemistry. Concentrated phosphoric acid can dissolve tungsten, zirconium, silicon, iron silicide and form complexes with them.
Phosphoric acid will dehydrate when subjected to intense, and can produce pyrophosphoric acid, triphosphoric acid and polyphosphoric acid. Triphosphate is a chain structure, and polymetaphosphate is a cyclic structure.
The concentrated hot phosphoric acid can corrode silicon dioxide and produce heteropoly acid. It can also decompose most minerals, such as, chromite, rutile, ilmenite, etc…

How Is Phosphoric Acid Made

React with melt, it will give off hydrogen, which can form explosive mixture with air. Decomposition by heat will produce highly toxic phosphorus oxide flue gas.
Vapor or mist of phosphoric acid is irritating to eyes, nose and throat. Oral fluids can cause nausea, vomiting, abdominal pain, bloody stools or shock.
It is harmful to the environment and can cause pollution to water.

Chemate technology Co., Ltd is a comprehensive company integrating production, research and development, sales and service based on phosphorus chemical industry. With the characteristics of professional production, innovational research, resource intensification and intelligent production equipment, the phosphorus chemicals we produced are with high quality and accurate proportion, which has been well received by our clients. Customers can rest assured to purchase phosphoric acid for sale from our company.

The raw material price of chemical industry fluctuates greatly, and there are varieties of products specifications and models. So if you have any need, please feel free to call us or send us email to get price quickly. We will reply you in 24 hours. And we can guarantee that we will give clients the most reasonable and competitive phosphoric acid price.