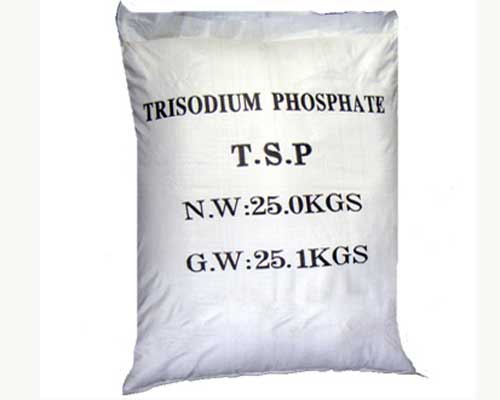 Alkali cooking boiler uses a mixed solution of sodium hydroxide and trisodium phosphate tsp, heated for 24 to 48 hours under a pressure of 0.5 to 2Mpa, to achieve the purpose of degreasing , descaling and passivation of the metal surface. For newly installed boilers, the main purpose is to remove the grease in the pipes, which is based on the saponification and esterification of greases by alkali.

Oleic acid or other fatty acids is insoluble in water, but after reacting with the primary hydrolysate of sodium hydroxide and trisodium phosphate, it can form easily soluble sodium oleate, which can be easily removed. For low-pressure and small-capacity boilers with calcium carbonate, calcium sulfate, calcium silicate and magnesium scale, the use of boiler descaling can achieve a descaling rate of more than 60%. In the boiler, trisodium phosphate can convert carbonate, sulfate, silicate and magnesium hydroxide of calcium, making them fall off as loose phosphate. Sodium hydroxide can convert silicate and silica of magnesium, making them loose or easy to fall off.

Cooking boiler descaling is mainly based on the principle of insoluble compound conversion, which makes the scale layer become loose and fall off when reacting with the boiler agent, only a small part of the scale is dissolved and removed. Therefore, it must be thoroughly flushed and cleaned after cooking, otherwise the slag falling off may block the boiler tube and header.